Home Learn to Ride a Motorcycle Difference Between Moped, Scooter and Motorcycle

Difference Between Moped, Scooter and Motorcycle

You may be deciding whether you wish to ride a moped, scooter or motorcycle but are unsure exactly what the differences are in terms of legality (riding it on the road) and what physical and power restrictions each hold. To help make that decision for you, let’s compare the differences between mopeds, scooters and motorcycles.

First we’ll take a look at mopeds, exactly what the modern moped is, who can ride them and powerful they are. 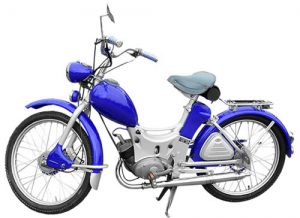 What is a moped?

Visually, there’s very little to differentiate the modern moped from the scooter. Traditionally however, the moped of old resembled a bicycle (large wheels with thin tyres) with a small motor and pedals which can be used to start the engine or to propel yourself forward, just as you would on a bicycle. Today, there’s no longer pedals on mopeds and is defined by its power and speed. Moderns mopeds are usually ‘twist and go’ automatic transmission.

What age can you ride a moped?

On a public road you can ride a moped from the age of 16 years of age. You first need to apply for a provisional driving licence – you can apply for a licence from 15 years and 9 months of age. This is the same licence in which you can learn to drive a car at 17 – there’s no need to apply for a new one. You must then complete Compulsory Basic Training (CBT), the exception is for anyone who obtained their full car driving licence before 1 February 2001. Once this is completed, you can ride on public roads with L-plates. A moped test must be taken within 2 years. As a learner, you are not allowed to carry a pillion passenger and you are not allowed to ride on motorways. Once you have passed the theory test and two-module riding test, you can carry a pillion passenger.

How powerful is a moped?

Now let’s take a look at scooters, what they are, who can ride them and how powerful they are. 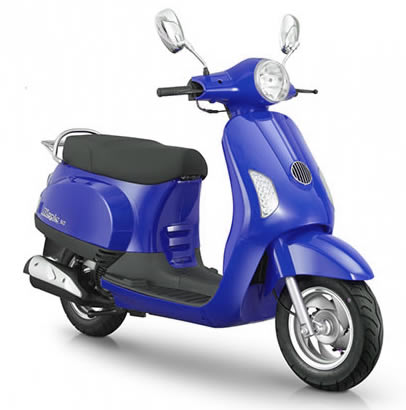 What is a Scooter?

A motor scooter would typically be defined by its step-through frame (rather than swing your leg over as you would a motorcycle) and floorboards to rest your feet on. Less powerful scooters often have smaller wheels than motorcycles and traditional mopeds. Although visually identical to the modern moped, legally it’s the engine size and speed limitations which sets them apart. Most scooters are CVT (continuous variable transmission) and so requires no manual gear changing.

What Age Can You Ride A Scooter?

Based on the scooter being more powerful and/or faster than a moped, you can ride a scooter from 17 years of age. Licence category A1 allows a rider of 17 or 18 years of age to ride a scooter or light motorcycle up to 11 kW (and a power-to-weight ratio not more than 0.1 kW per kg) and 125 cc. To legally ride on public roads as a learner displaying L-plate, you’ll have to of completed CBT. As a learner, you are not allowed to carry a pillion passenger and you are not allowed to ride on motorways. Riders from 19 years of age can take the ‘direct access’ route to speed up the process of gaining a full licence. Once you have passed the theory test and two-module riding test, you can carry a pillion passenger and ride on motorways.

How Powerful is a Scooter?

Unlike mopeds, some scooters are very powerful. A scooters engine size goes anywhere from 50 cc all the way to an engine in excess of 800 cc. As with motorcycles, the more powerful the scooter will require the rider obtaining a licence for that category of engine. See motorcycle licenses explained for further information.

Finally, let’s tale a look at motorcycles, what defines one, who can ride them and how powerful they are.

What is a Motorcycle?

Aside from the obvious visual differences from a moped and scooter, other differences are to do with transmission. Whilst the vast majority of mopeds and scooters are automatic, the opposite can be said for motorcycles. Automatic and semi-automatic (the rider selects the gears) motorcycles are slowly gaining in popularity, though the vast majority manufactured still remain manual. See automatic or manual motorcycle for more information.

What Age can you Ride a Motorcycle?

You can ride a motorcycle at 16 years of age providing the engine doesn’t exceed 50 cc and has a limited speed of 45 km/h (28 mph). As the engine size / power of the motorcycle increases, so does age restrictions just as it does with scooters.

How Powerful is a Motorcycle?

Motorcycles range in power anywhere from 50 cc up to a massive 2294 cc – That’s bigger than most car engines. Of course bigger doesn’t always mean faster. For that, you’ll want to get something along the lines of the Kawasaki Ninja H2R. Its built for the track only, is 998 cc, has 300 hp and a top speed of 250 mph. Probably best not to take that to your CBT.